Share a memory
Obituary & Services
Tribute Wall
Read more about the life story of Conrad and share your memory.

Mr. Conrad Richard Clark our dad, at 90 years old went to be with his Lord and wife Lorene on Wednesday, November 23, 2022. Conrad was born October 2, 1932, to the late Arthur Carl and Ida Clark one of 5 children. He was one of 4 brothers AC, Doug and Ralph and his sister, Joan. He was the last of the Clark siblings to survive. He graduated from Hanes High in June of 1951, where he lettered in baseball. He played basketball and was his Sophomore Class V.P. After high school he later joined the United States Navy during the Korean Conflict. He served as a Radarman, aboard the USS Fechteler, (DD-870) a Gearing Class Destroyer. He received a Presidential Unit Citation, National Defense China Service Award, and a reward for Good Conduct. He also served as Military Police and a liaison to the Admiral of his fleet. Little did he know that on a blind date he would meet the love of his life, Lorene Lawson from King, NC. They spent 63 wonderful years together. They would have 2 sons, Conrad Richard (Rick) Clark, Jr. and Kenneth (Gary) Clark. Lorene and her family would welcome Conrad into their family and change his life forever. He would become in involved in Poplar Springs Church which would lead him to his Christian life involved in starting churches, becoming an Elder, leader and Sunday School Teacher for several churches. After the Navy, Conrad became an Inventory Control Manager which took him to Lancaster, SC where he continued his career, and his boys grew up. He helped start the First Christian Church in Rock Hill, SC and later moved to Statesville, NC where he helped start another church. Finally at retirement, they moved back to Winston Salem and settled back into their home church Poplar Springs. His favorite song is Victory in Jesus and favorite Bible Verse was Palms 23. He is survived by his two sons, Conrad Richard “Rick” Clark, Jr. (Stormy) and Kenneth “Gary” Clark (Jill) Clark; three grandchildren, Avyn Rhodes, Dennis Rhodes (Kathryn), and Lindsay Hart; and two great- grandchildren, Darby and Remy Rhodes. Conrad wanted this world to know that he loved his family dearly and that he was a faithful Christian. He loved people, good food and he loved to laugh! And lastly his new home will be Heaven! A graveside service will be conducted 11:00 AM Monday, November 28, 2022, at Poplar Springs Christian Church in King, NC with Don Wallace, Minister and Ralph Sproles, Minister officiating. 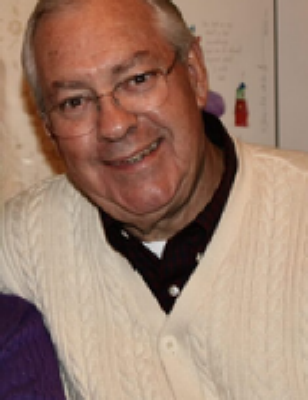